Here are some pictures of the Péril Jaune long route, one of Saint Jeannet’s most classical multipitch climbs, this time climbed with Bjorn Buckwalter from Sweden. The Péril Jaune was first climbed in 1957 by F. Cravoisier and M. Dufranc. It crosses the west face of Baou de Saint Jeannet in a logical and esthetic climbing of 200m with featured rocks and many diedrals. Graded 6a, the climbing is not so easy, even today and young climbers could be rather surprised to see the level of this route climbed 60 years ago! 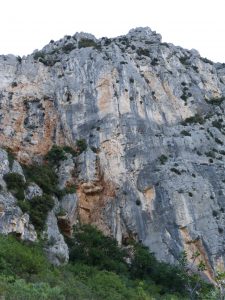 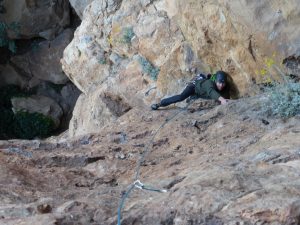 The route starts in a quite polished diedral that quickly leads to a very nice slab with many good holds. Then, you’ll start an amazing overhanging diedral, quite physical ! 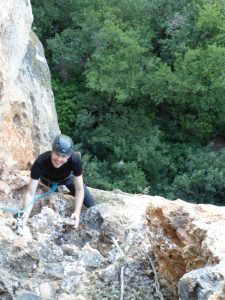 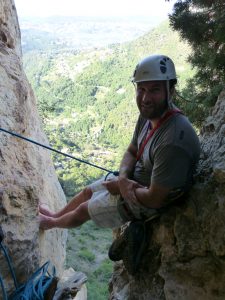 Having a world class rest on top of third pitch 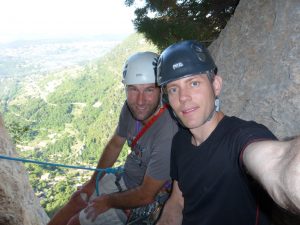 A traverse on right side will lead you to good pitches in diedral, which are not so easy for the 6a grade and with quite far bolting. Most people would appreciate to have stoppers and friends with them to protect better! 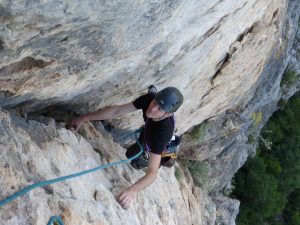 Nice diedrals in the upper part of the wall 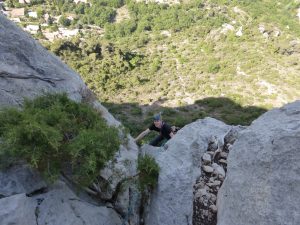 After that, you will arrive on easy grassy slopes for a last rest before climbing the last pitch to reach the summit of Baou de Saint Jeannet and having an amazing view on French Riviera and the village below!

You also will have an amazing view on the cost from the summit of Péril Jaune route. 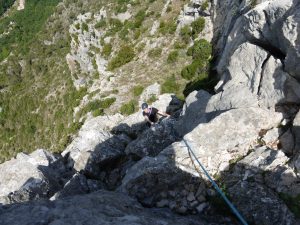 The last pithch of the route 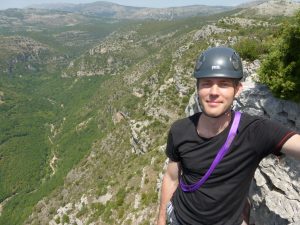 Bjorn on top of the route 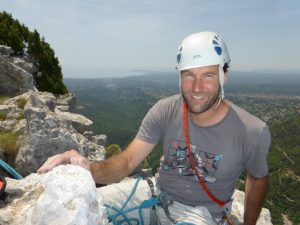 Nice view from the top! 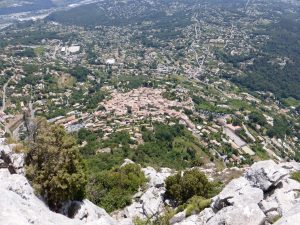 Saint Jeannet village from the summit

The Peril Jaune is without doubt one of the best mutipitch routes you can climb on Baou de saint Jeannet!

Aquatic hike in the Gorges du Loup around Nice